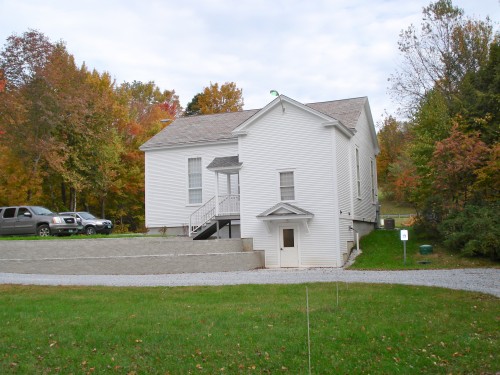 In 2000 the society, working under the Board of Selectmen, formed the
Historic Buildings Preservation Committee (HBPC) to restore and repair
the town’s historic public buildings. At present restoration of the North
Chittenden Grange Hall is under way. The 1833 building originally housed
a Congregational Church, but by the early 1880s it became a Grange Hall.
In 1906 it was purchased by the town and used as a town hall, alternating
with the one in South Chittenden. Having fallen into disrepair, it is
being restored for use as a cultural and recreational center to embrace
all ages of residents.

It is a landmark building sitting on a hill overlooking
the village of Holden and still retains many of its original features,
beaded wainscoting, period moldings, a small balcony and coffered ceilings.

Phase
I was to install the well, septic field and relocate the entrance
to the original.

Phase II included improvements
to the building itself. 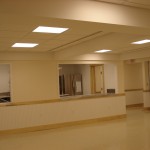 Phase III has included the installation of the accessibility
lift, pouring the cement floor in the lower level and re-slating
of the roof. The final steps were finishing the interior of the
new lower level space and addition.

Phase IV consisted of landscaping with terraces around the building and creating driveways and the park and ride parking lot. Also some preparation for the next phase included insulating the walls with spray in foam while the windows got insulation treatments inside and out with insulated blinds and storm windows.

Phase V will consist of
restoring the interior of the original 1833 building. See the Grange
Hall section in the news page for details of progress on this phase.

Beginning in the spring of 2007, the society embarked on a process of cataloging and indexing its collections for easier retrieval of information in the future. Photos are being identified, indexed and placed in protective covers in albums for easier viewing. Separate indexed books are being filled with biographies, genealogies and obituaries. The society welcomes new materials to add to its collections.
The collections will be put on the computer donated to the society in 2007. Limited copying is available on a donated printer.

Some elements of the Historical Society are moving upstairs. The Society is in the process of revitalizing and refitting the little room upstairs in Town Hall as a resource room. A major factor in the decision is that the computer can be left on a desk instead of being disassembled and put into the vaults as is now necessary because the little room downstairs sees so much use by other groups. Also the Society will have more room for books, pictures and other materials and artifacts of interest.

The Society is open to welcome visitors on Tuesday afternoons between 1:30 and 5.
[/tab]
[tab title=”Cemeteries”] 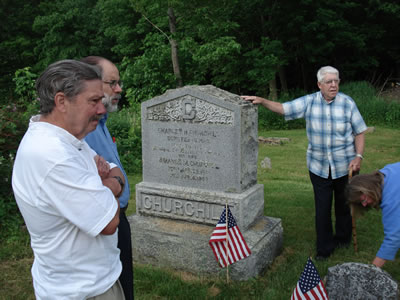 Our interest in preserving the town’s old cemeteries continues after completion of the mapping of Wetmore Cemetery, begun as a Boy Scout Troop 105 in Rutland as an Eagle Scout’s project. Next, we will start a mapping project in the Bump Cemetery. The mapping projects will be directed by George Butts, surveyor and Chittenden Cemetery Commissioner.

We would like to sponsor some appropriate plantings, also, with plants that do not outgrow their bounds. If anyone would like to help with these projects, please contact the Society. 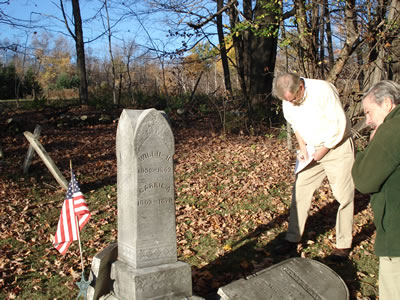 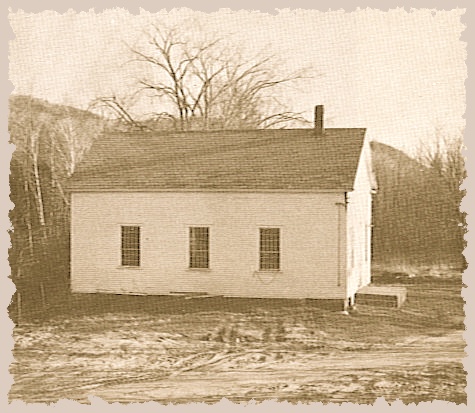